Today, King Willem Alexander apologized on behalf of the State of the Netherlands for the derailed violence committed by the Netherlands against the local population during the independence war in the former Dutch East-Indies. In doing so, he has made apologies that are broader than those made by the Dutch ambassador in Indonesia with regard to the policy of summary executions during that conflict. The King’s apologies came as a welcome surprise to victims and surviving relatives of the violence back then.

Lawyers Liesbeth Zegveld and Brechtje Vossenberg have been representing victims of this violence for years now. An apology by the King, and as such the acknowledgement of their suffering at the highest level, is many of these clients’ long-standing wish. Over the years, several victims and surviving relatives wrote letters to the King (and before him, Queen Beatrix) in which they asked for an apology. Today, the King heeded that call.

The apology by the King is in line with previously rendered court judgments about the violence perpetrated by the Netherlands in the former Dutch East-Indies. At the moment, various cases are still pending before the district court of The Hague about that violence, that were filed by victims and surviving relatives of men who were summarily executed by the Dutch army between 1945 and 1949. The lawyers recently asked the State to come to an out-of-court settlement scheme for (in any case) the children of summarily executed men so that they could be spared going to court in future. In 2013, the State already introduced such a scheme for the widows of summarily executed men. However, to date, the State has refused to make similar arrangements for the children. The lawyers’ request followed two judgments rendered by the Appeals Court of The Hague on 1 October 2019. In those judments, the Appeals Court confirmed verdicts by lower courts in which it had been determined that the statute of limitations could be set aside in cases such as these. More in particular, the Appeals Court rejected the State’s argument that the claims of an Indonesian victim of torture on Java in 1947 (Yaseman) and several Indonesian children of men who were summarily executed on South-Sulawesi in 1947 (Monji c.s.) were out of time. 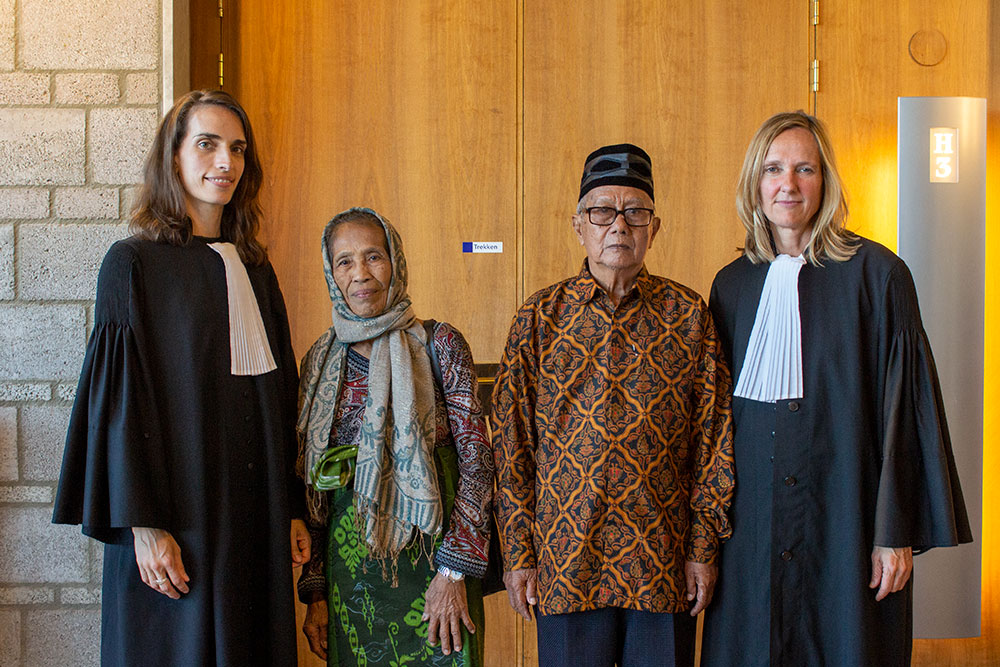 [Photo: I. Talle and Andi Monji, children of men who were summarily executed, with their lawyers at the Appeals Court of The Hague (June2019) | Source: Marjolein van Pagee]